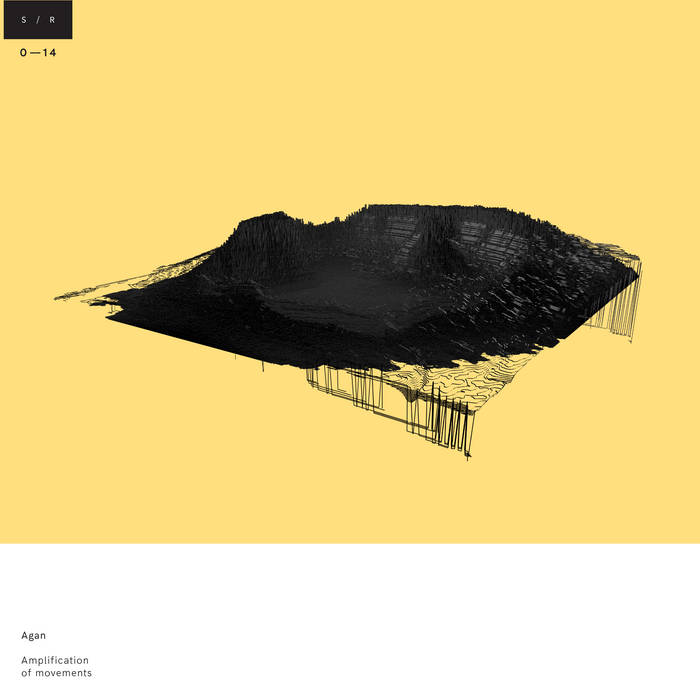 Finn of Tomland Since i have had the big honour to do a release on my label with Giuseppe aka Agan when he was in Plaster this new release by him was a must have because i know that he's doing great music! Favorite track: Uncoscious Connections.

A concept album is the best way to get back being Agan. "Amplification Of Movements" (2017) is the first full-length album of Giuseppe Carlini, already member of Plaster with Gianclaudio H. Moniri (Kaeba). The work is inspired by and dedicated to the Natural Reserve of Vico Lake, in Italy. During a four-year period, from 2012 to 2016, the artist focused on the wildlife of the area in the province of Viterbo, considering it both as an inspiring muse and as an object of study. "Amplification Of Movements" was developed little by little, in the wake of an "onion" architecture and layered in six songs which inevitably reference the nature of the site. The parallels between the place and the music are also to be found in the search of a sound, which is balanced between field recordings and inventiveness.

Each track is comparable to a separate path that unfolds in the reserve. The multiple references thus form a path that is both homogeneous and in constant change, as to the actual ecosystem in which they are projected. The album, as the title suggests, is designed to amplify these micro-processes in the macro-natural dimension represented by the Vico Lake. The electronic music of Agan stimulates the listener's imagination, as to include him in what happens between the roots of the trees or on the surface of a flower or a leaf, thus expanding the range of their reach. The invisible becomes visible. Not surprisingly, "Amplification Of Movements" reflects its layered structure: it is an album which is subject to different interpretations.

the natural paths soon turn into oneself deepest roots. The amplification arises, therefore, as a consequent analysis of breaths, of the arterial pulsations and gastrointestinal movements, extracted out of the human component and immersed in the natural one. The album draws also a kind of binary consciousness / unconsciousness system, in which the listener is dragged slowly. The stasis of reality and the imagination’s rhythm are in continuous oscillation outside in the environment and, above all, within ourselves. The vibration resulting envelops us and, in the face of the secular dualism between unknown and perceptible, promotes, once again, the mean of exploration as a genuine vehicle for change and inner search.

Stochastic Resonance is a network of electronic artists dedicated to research and experimentation of new forms of communication using multimedia, with the aim of proposing an augmented view of the artwork through a mix of grants and different incentives; as occurs in the physical phenomenon, from which SR takes its name. ... more